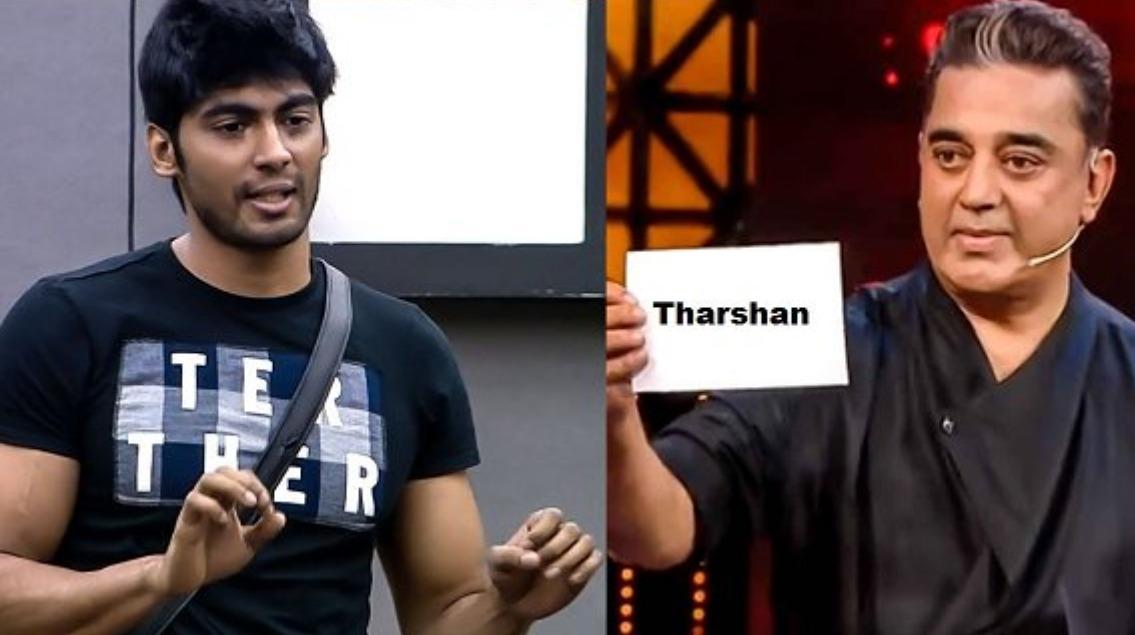 This is a shocking Bigg Boss 3 Tamil week with first Kavin walking out of the show and now one of the fan favourites Tharshan got eliminated. Tharshan elimination was shock to many and they still cannot believe that he will get eliminated. But Kamal Hassan has confirmed that Tharshan is the one eliminated out of the four eviction nominations like Sandy, Sherin, Losliya and Kavin. What do you think, does he deserve this eviction, vote below

Does Tharshan deserves this eviction?
Created with PollMaker