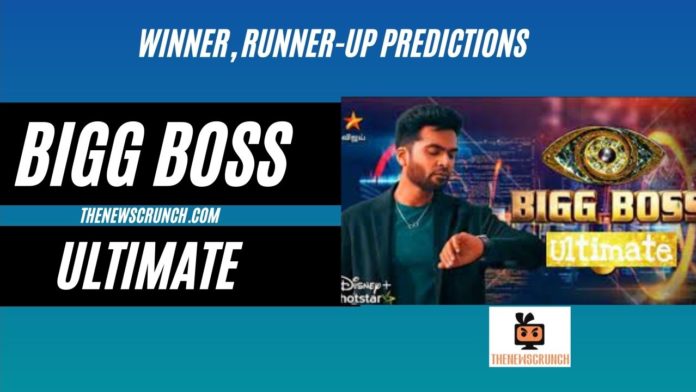 According to reports, Balaji Murugadoss is the Bigg Boss Ultimate title winner.

According to reports, Niroop is the runner-up of Bigg Boss Ultimate.

Abirami or Ramya Pandian will be the first finalist to be eliminated in the finale week. However, the battle for the top 3 is a tough fight. Niroop, Bala and Thamarai are the top contenders for the first three positions. However, there are high chances of Bala or Thamarai walking away with the title of Bigg Boss Ultimate.