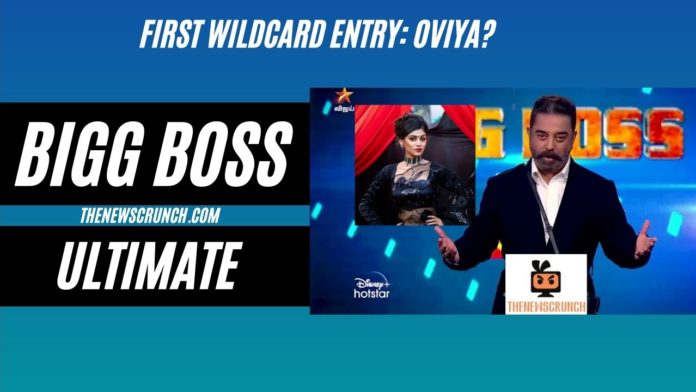 Bigg Boss Ultimate will run for eight weeks while there are potential chances of one or two wildcard entries in the show. According to reports, multiple ex-contestants are approached by the Bigg Boss Ultimate team. However, the buzz around Oviya and her incessant popularity surge since Bigg Boss Tamil Season 1 makes the production team hunt for her.

Bigg Boss Ultimate’s first wildcard entry could be Oviya. The heartthrob from the first season of Bigg Boss Tamil is all set to woo her fans yet again. However, the official confirmation of Oviya’s quarantine commencement will decide her entry in the house. Oviya’s entry as wildcard could be a gamechanger as contestants like Thamarai, Vanitha and Anitha will make way for a very tough contender to become the Bigg Boss Ultimate finalist.