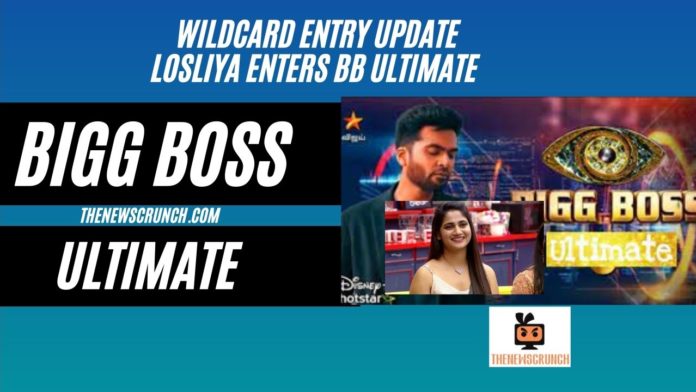 The sensation of Bigg Boss Tamil Season 3, Losliya enters the Bigg Boss Ultimate house this weekend. Kavin and Losliya triggered massive support from their season which boosted the TRP. However, it is unclear if Losliya will be the only wildcard entry this week.

Abirami will receive a huge boost as her rapport with Losliya is well known. However, it will add pressure to the other female contestants as Losliya enters the Bigg Boss Ultimate race as wildcard with a massive fan base.