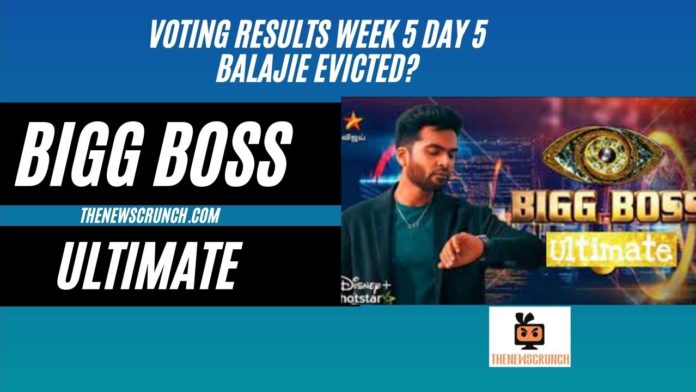 Bigg Boss Ultimate is on the verge of completing its fifth week as the village task draws major attention. Seven contestants are nominated for week 5 elimination while the suspense around the eviction beckons. Bigg Boss Ultimate voting results for week 5 indicates danger for Suruthi and Balajie on the final day of voting.

The fifth week eviction nominations are fighting it out in every possible task. Team Bala and Team Niroop clash in the Bigg Boss Ultimate house. However, the quest to drain out cash from the team members takes the limelight. Julie is trying hard to become the trending player for this week.