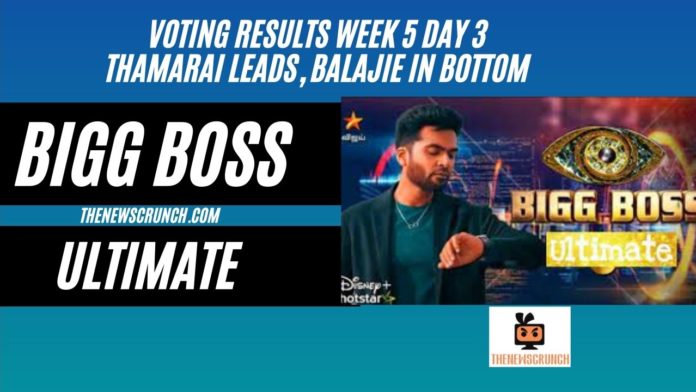 The fifth week nominations task resulted in exposure of groups and strategies.Julie and Anitha lock horns in the Bigg Boss Ultimate house. Suresh is judge while judgements are also triggering controversies and fights. Julie is trying hard to become the trending player for this week.