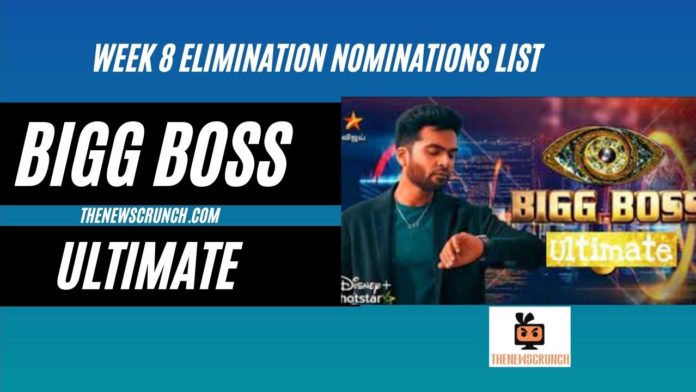 Satish received a lot of votes for nominations this week. Niroop entered the safe zone while seven contestants entered the elimination nominations race. Anitha was the last shocking eviction from Bigg Boss Ultimate. The voting results for week 8 elimination will feature a tough fight between Satish and Suruthi.