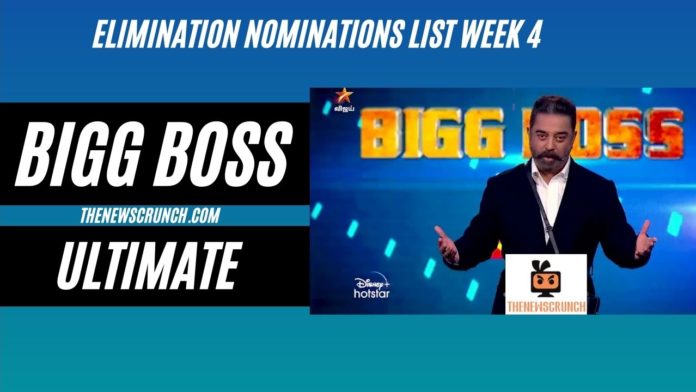 Bigg Boss Ultimate vote opens for the fourth week as Monday’s episodes are always exciting. The furious nominations task kept the contestants on their toes as eight housemates are nominated for eviction this week. Four eliminations took place in Bigg Boss Ultimate so far including the double eviction last weekend.

Trending player of the week, Balaji Murugadoss and Captain Thamarai Selvi are safe from nominations this week. However, there are high chances of Snehan, Suruthi and Balaji’s elimination this week. It will be interesting to see who will lead the voting results race in the absence of Balaji Murugadoss.