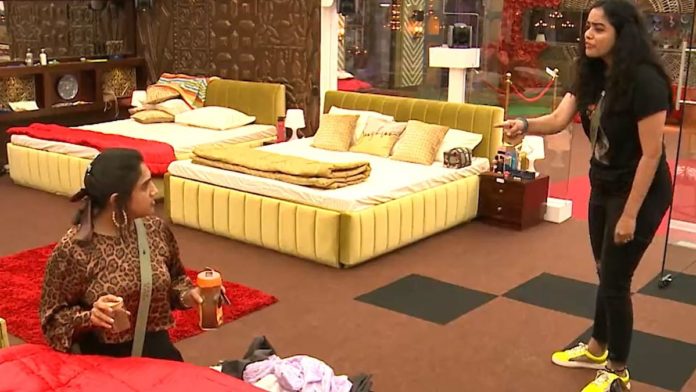 Those who watch the show regularly will know that Vanitha, one of the contestants on the Bigg Boss Ultimate show, protested that she did not get coffee powder on the first day, and then Bigg Boss sent the coffee powder after winning the ‘Press Stars’ task.

Abrami was the only one who got angry when the other contestants were shocked when they heard Vanitha say that you should all take only the leftover coffee. Abhirami immediately goes with her and fights. SheAbirami says to Vanitha, “What you are doing is disgusting.” he said that this is not your personal property and that we have bought this coffee powder because everyone has done the task. Vanitha says, ‘Our team just won the task, so this coffee is for us. To which Abrami would say, ‘Coffee would not have come home if we had not said we want coffee,’ to which Vanitha replied, ‘Why are you behaving so disgustingly?

This fight between Abhirami and Vanitha has gone viral on social media. Netizens are wondering if this fight will affect the voting results of Vanitha as she is in a danger zone for elimination.