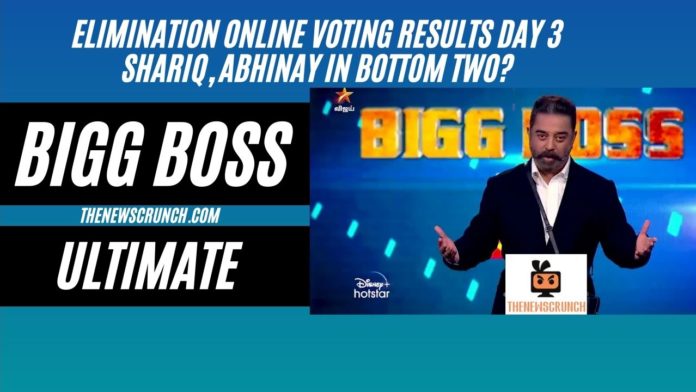 Bigg Boss announced a major twist in the nominations task. The contestants saved two contestants of their choice rather than nominating them for elimination. The Valentine’s day special task was utilized by the Bigg Boss Ultimate contestants to emotionally connect with their fan bases.

Balaji leads the online voting results for the third week by a significant margin. Bigg Boss Ultimate week 3 nominations list features an array of potential finalists like Anitha, Balaji, Niroop and Julie. However, there are high chances of Abhinay or Shariq’s elimination this week.