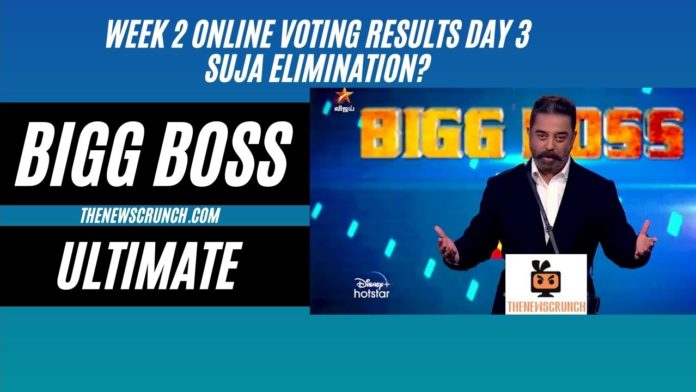 The performances during the ‘thieves vs robbers’ task and the color powder task impacts the voting results by great means. Abhinay and Bala performed well during the task which earned them a spike in the voting results vote share. Among the six nominated contestants, Suja is yet to make an impact this week.