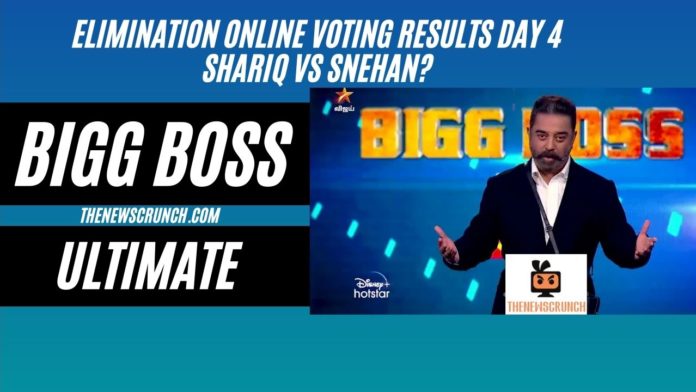 Balaji leads the online voting results for the third week from the first day of voting. Bigg Boss Ultimate week 3 nominations list features an array of potential finalists like Anitha, Balaji, Niroop and Julie. However, there are high chances of Snehan or Shariq’s elimination this week.