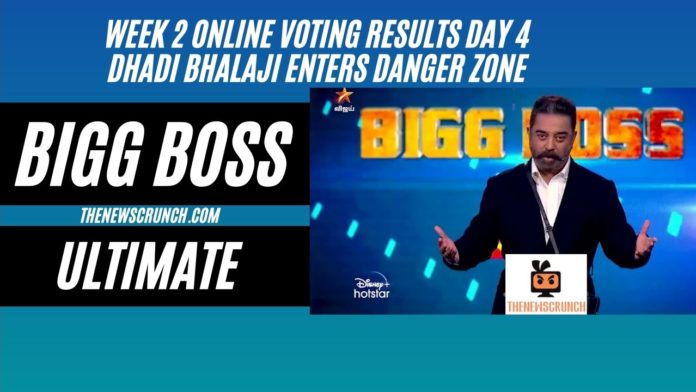 Bigg Boss Ultimate gives an opportunity to the trending contestants of the previous seasons to regain some missed glory. Abhinay and Balaji are standout performers in terms of task contributions this week. Bigg Boss Ultimate’s voting results for the second week indicates eviction danger for Suja or Dhadi Bhalajie.