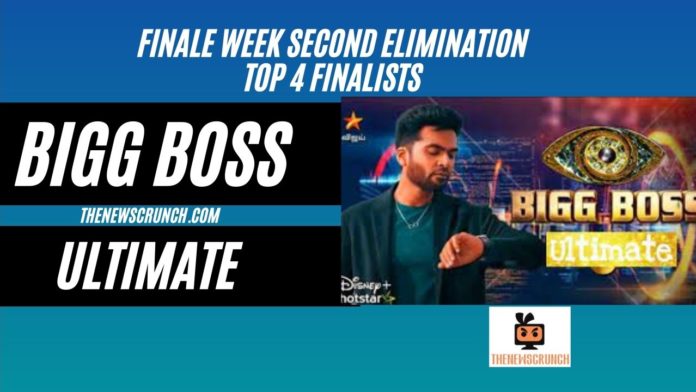 Bigg Boss Ultimate finale week witnessed the first elimination a couple of days ago. Abirami was evicted from the Bigg Boss Ultimate house due to least votes among the finalists. As a result, Julie, Ramya Pandian, Bala, Thamarai and Niroop became the top 5 finalists.

Suresh Chakravarthy and Suja Varunee will enter the Bigg Boss Ultimate house today. The ex-contestants continue to ponder on how they could’ve played better and been among the finalists today.

Major suspense beckons as Bigg Boss tied the eyes of the finalists in different locations. However, it looks like Niroop and Thamarai are terrified about the eviction prospects.

According to reports, Bala or Niroop are in contention for the title winner of Bigg Boss Ultimate. The finale week voting results could swing either way.

Ramya Pandian cruised to the top 5 of Bigg Boss Ultimate finalists. However, she might fall short of the top 2 positions.