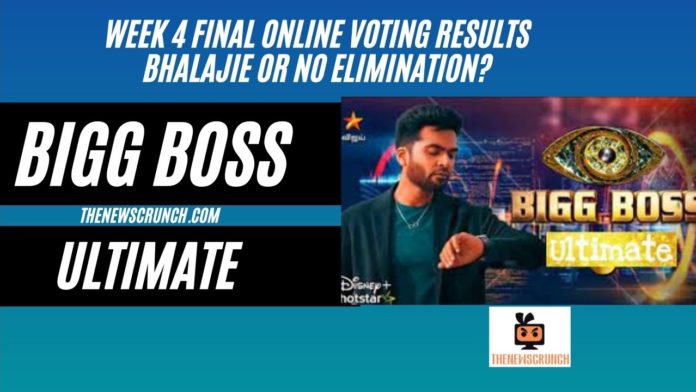 Bigg Boss Ultimate witnessed the fifth elimination last weekend and this week’s eviction suspense will go down to the wire. Dhadi Bhalajie and Suruthi are potential evictions from the reality show so far. However, the limelight now falls on the week 4 elimination voting results which is a tough fight between Bhalajie and Suruthi as Vanitha escapes from the chaos in the Bigg Boss Ultimate house.

The voting lines for Bigg Boss Ultimate opened on Monday until the end of Friday’s episode. There are multiple chances of no elimination this week. The competition during the ‘Angels vs Demons’ task and its repercussions exposed the strength and weaknesses of multiple contestants which impacted the audience’s mindset and votes.