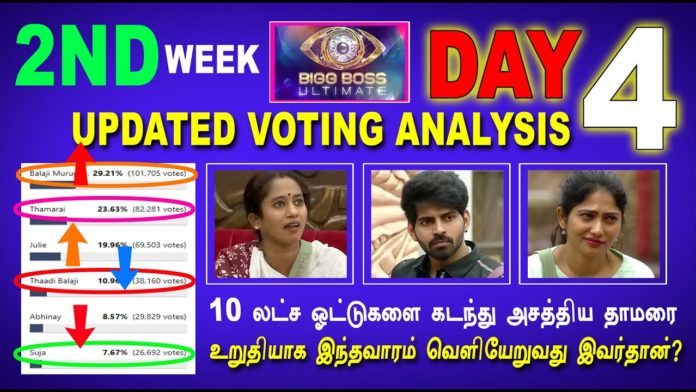 Watching reality shows is a favorite of many. Vijay TV has a different fan base for the Big Boss show despite the many reality shows. People love this type of show because it has many entertainment features. Thus the TRP of the Bigg Boss show will always be higher than that of other reality shows.

Following the completion of the Bigg Boss Season 5 show last month, it was announced that another new event was about to launch. And there were many promos about it. In this situation, they introduced a new show called ‘Bigg Boss Ultimate.’ It has been announced that the reality show will be aired 24 hours a day on the Disney Plus Hot Star ODT site instead of airing on Vijay TV as usual.

It is noteworthy that all the contestants who participated in it were spectacular. Many fights started between them within a very few days of the show starting. Many controversies arose as well.

As usual, Suresh Chakravarthy left in the first week as BB has to evict a contestant from the Bigg Boss show every week. Suja is expected to leave the Bigg Boss house this week. Suja is likely to walk out of the eviction this week as she has received fewer votes so far. However, it remains to be seen what the actual information on this is.