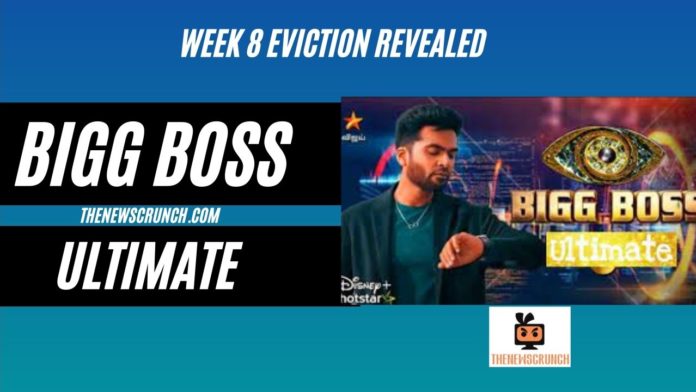 This week, Bala, Julie, Satish, and Suruthi are among the nominees for the Bigg Boss Ultimate. One of them is set to leave the Bigg Boss house later this weekend. The host Simbu will return for his third week in the show, with a 24×7 broadcast on the Hotstar OTT. Satish, and Abirami are in danger of eviction this week.

The Bigg Boss Ultimate show started with 14 contestants. According to the show’s rules, the contestant with the lowest number of votes cast will be eliminated. Suresh Chakravarthy walked out of the house due to health reasons. Anitha was the last eviction from Bigg Boss Ultimate in Week 7 due to least votes which was shocking.

Bigg Boss Ultimate is spiced up with the entry of two guests, KPY fame Dheena and Sandy Master. However, the limelight shifts to a lacklustre Satish who failed to perform well in any of the tasks nor has screen time. It is high time Satish is eliminated from the house.

Of the seven nominations this week, Bala received the most votes. So he is likely to be saved first. Next to Bala is Julie. Suruthi is in third place, and Niroop is in 4th place, respectively. With this, it is said that Satish is most likely to leave Bigg Boss house this week. Satish and Abirami will share the bottom two slots while Ramya Pandian escapes eviction this week.