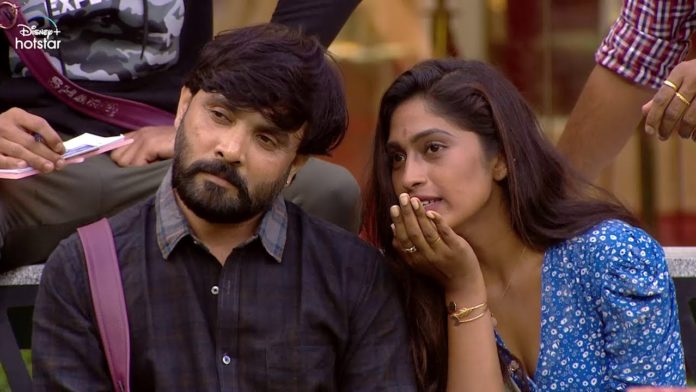 The Bigg Boss star has taken the show to new heights with its OTT content on Bigg Boss Ultimate. The show is receiving a fantastic response from the viewers, and the contestants are drawing viewers’ attention with their attempts at delivering high drama and squabbles over silly issues. In either case, we can safely conclude that these skirmishes produce entertaining content for the audience’s viewing.

Bigg Boss Tamil viewers, in general, appreciate Bigg Boss Ultimate more than the television program. Yesterday’s nomination process asked that contestants save two options rather than nominate. Similar to the previous week, the four candidates with a lower number of votes in the elimination were Balaji Murugadoss, Niroop Nandakumar, Julie, Shariq, and Abhinay Vaddi.

Bigg Boss Ultimate house captain Vanitha Vijaykumar was saved from the nomination because of her role as the house captain this week. According to the unofficial polls, Balaji came across most of the votes.

Balaji Murugadoss, Niroop Nandakumar, Julie, Anitha Sampath, and Thamarai are safe in the safe zone, while Shariq and Abhinay Vaddi have dangerous roles in the danger zone. Let us know who you think will win the exit pass this week. Share your comments below.