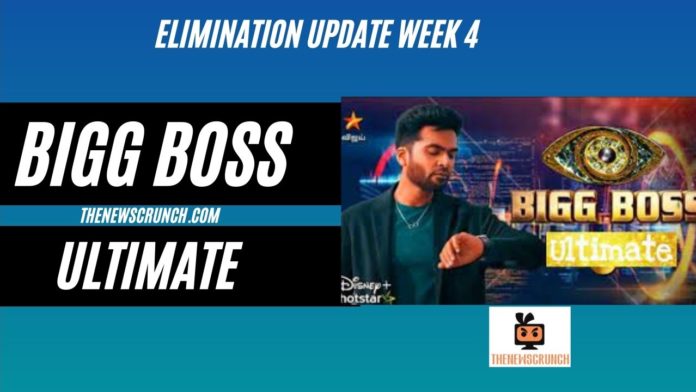 Bigg Boss Ultimate week 4 nominations list featured eight contestants. However, the voting results was a roller coaster ride as the top contestants fought for screen coverage. Niroop, Julie and Abirami led the voting results. The results of ample controversies and visibility saved the trio though they were the worst performers of this week in the ‘angels vs demons’ task.

Niroop was the first contestant to be saved from this week’s elimination. However, the suspense around no eviction took precedence. This is because Vanitha walked out of the house. Dhadi Bhalajie, Suruthi and Snehan are the bottom three contestants according to the final voting results this week. However, the elimination based on least votes resulted in Vanitha becoming the last elimination of this week in Bigg Boss Ultimate.