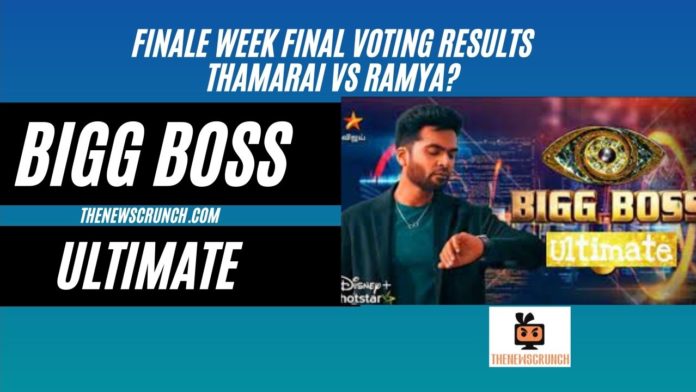 The voting lines for Bigg Boss Ultimate finale week voting opened on Monday until the end of Friday’s episode. There are multiple chances of Ramya or Thamarai’s elimination before the Grand finale. The competition for title winner position will be a close call between Niroop and Bala.