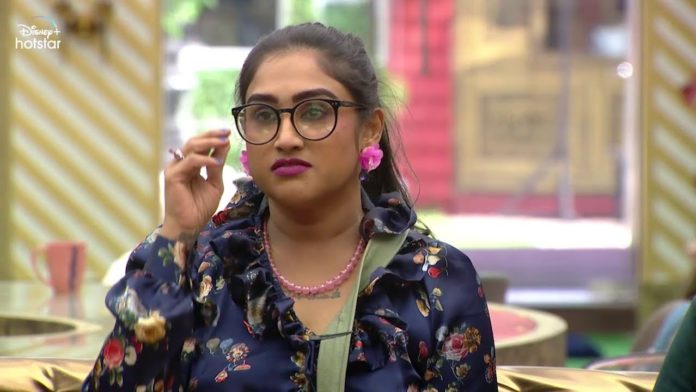 As the Bigg Boss Ultimate show has been going on for the past few days we have seen that one contestant is being eliminated every Sunday and the first week Suresh Chakravarthy and the second-week Suja are eliminated.

In this case, the Bigg Boss announces that two contestants will be eliminated this week. When Big Boss told Balaji alone, ‘It doesn’t look like a few people in this house came to participate in this competition. So get ready for Double Eviction this week.

But without Balaji telling the contestants what Big Boss said, he says ‘you can gather within yourself and choose someone and eliminate them. Following this everyone is saying who can be eliminated this week. Says Vanitha Bala, Julie Vanitha, Sruthi and Anita Sneha.

After everyone has said their opinion it is shocking to say ‘this is not a task given by the Big Boss, it is a task given to me’. Vanitha in particular gets terribly angry and goes so far as to assault Bala without even t-shirt it a bit to criticize Balaji harshly. Following this, Netizens are commenting that Bala is playing in today’s show.