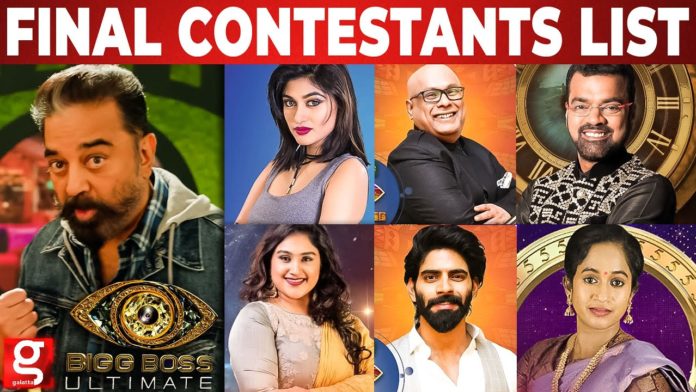 The producers of Bigg Boss Tamil are producing the first season of the OTT version of their show called Bigg Boss Ultimate. Programming the Hindi version of the show, it will be broadcast on Hotstar and the Tamil movie star Kamal Haasan will be hosting along with his usual swagger.

The Bigg Boss Ultimate is scheduled to go live on January 30, 2022, and curious viewers are looking forward to learning which people will enter the Bigg Boss Tamil OTT house as the contestants. We’ll give you a preview of the contestants who will appear in the first season of BB Ultimate.