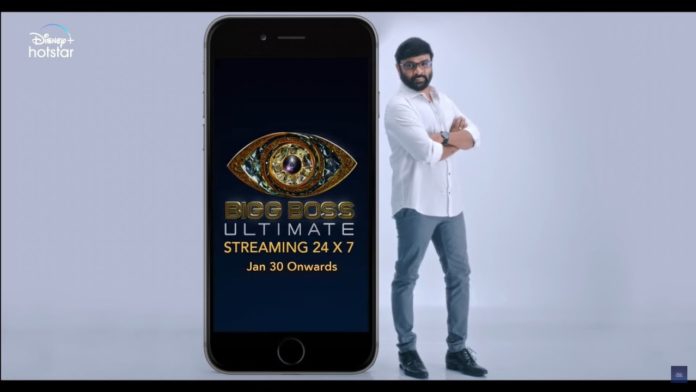 BB Team has officially announced the first contestants of Bigg Boss Ultimate. Yes! Composer Snehan who appeared in the first edition of Bigg Boss Tamil will soon step inside Bigg Boss House, and the official announcement on which he has stepped inside has thrilled the fans.

The famous Bigg Boss tradition calls for the contestants to be introduced at all premieres, but the BB team has used a different approach for its Bigg Boss Ultimate program. An announcement about the news was made during a promotional video for the brand new series featuring Snehan. One contestant will be revealed each day for a few days until Sunday, January 30. The runner-up from the first season of Bigg Boss gave a brutal contest to everyone else.

The celebrated lyricist recently married Kannika Ravi, and their cute photos have excited fans; it will be interesting to see Snehan returning to the Bigg Boss house.

This week, we will be getting to know a few more names, and we will get ready for some great upcoming surprises. Bigg Boss Ultimate will be an exclusive OTT show accessible through the Disney Hotstar channel. Another advantage of this edition is that it will be available continuously throughout each day. Bigg Boss is later edited into a television program and broadcast on Vijay TV, but the OTT version will be streamed 24/7.

Kamal Haasan will continue as the show host, making his debut in the video game world. Bigg Boss Ultimate kicks off on January 30, Sunday, at 6:30 PM, and the show is expected to last for roughly 70 days.