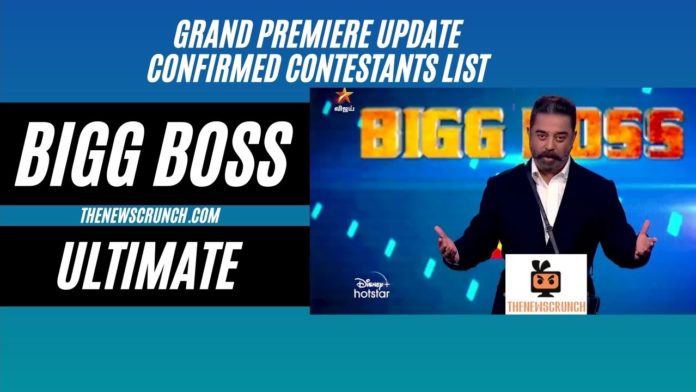 The glitzy ‘Bigg Boss Ultimate’ grand premiere will start airing at 6:30PM IST on the 30th of January 2022. A lot of excitement around the introduction of the famous Bigg Boss Tamil contestants takes precedence. Kamal Hassan will continue to host the ‘Bigg Boss Ultimate’ version as well.

It will be a treat to watch the show’s loudest contestants, Anitha, Vanitha, and Julie share the same ‘Bigg Boss Ultimate’ house. However, the male contestants tussle will be dominated by the show off between Balaji Murugadoss and Niroop from Seasons 4 and 5 respectively.