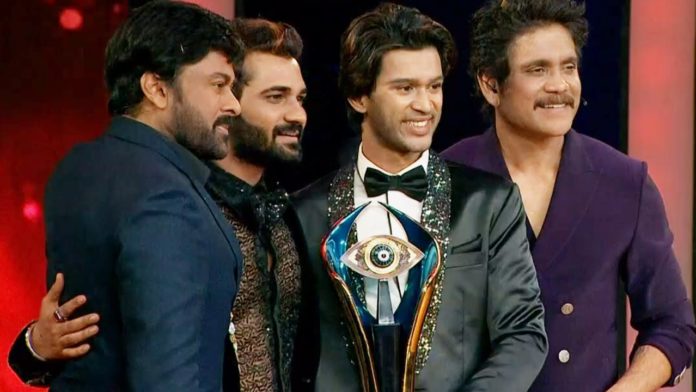 Abhijeet, the winner of the recently concluded Bigg Boss Telugu season 4, is seen spreading love and happiness dressed as a Santa Claus. This video of Abhijeet dressed as Santa is now going viral on social media. Abhijeet, dressed as Santa, was seen thanking his fans for the love they gave him when he was inside the Bigg Boss house for 105 days.

Abhijeet topped the voting polls whenever he got nominated for eviction inside Bigg Boss house. Abijeet fans never let him down and always voted for him. He got the highest number of votes in the finale week and was the winner of Bigg Boss season 4.

Now fans are looking forward to Abijeet’s next project, which will be announced soon.