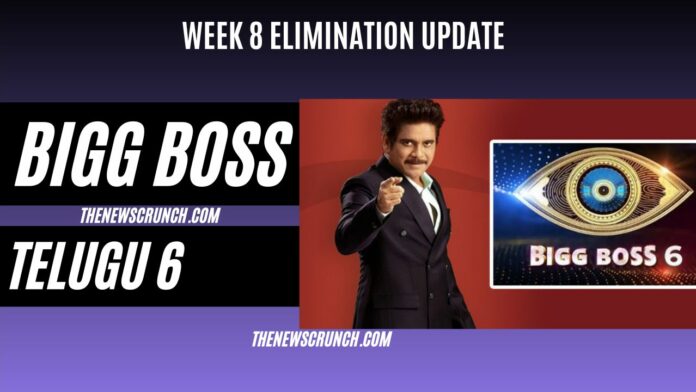 Bigg Boss Telugu voting window closed for the eighth elimination nominations. The battle to enter the finalist positions heats up. This spiced up the urge among the contestants to set their game face forward to avoid becoming the eighth eviction in Bigg Boss 6 Telugu.

The contestants fought hard with the captaincy task victory. There are quite a lot of rumors about the shocking elimination in the eighth week. Inaya, Rohit and Surya are in the bottom danger zone this week. However, the vote share difference between Inaya and Surya is minuscule. However, the official update on the eighth eviction indicates safety for Srihan, Geethu and Adi Reddy.

Surya  is the seventh elimination of Bigg Boss 6 Telugu. However, Inaya’s survival is subjected to his performances in the upcoming week. Rohit will be not be safe from the eighth week nominations, thanks to her jail entry. Inaya was saved by a whisker for the last two weeks but ended up in the bottom of the voting results.