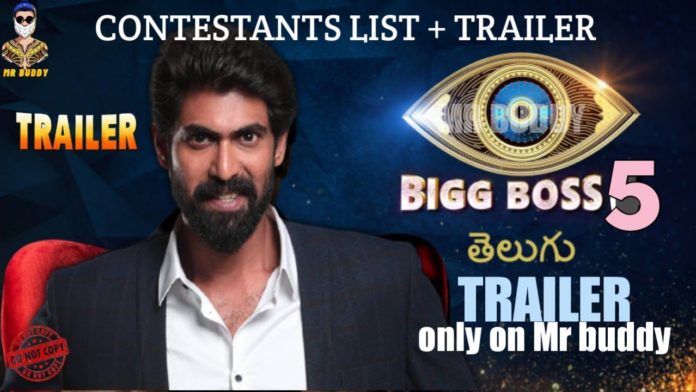 The Telugu version of Bigg Boss has been quite successful on TV. Whenever Bigg Boss Telugu aired, many shows have been dropped from the TRP list. The show is hosted by superstar Nagarjuna, who has crores of fans. Bigg Boss Telugu has got a different level because of Nagarjuna.

The makers of Bigg Boss Telugu are gearing up for the fifth season these days and are constantly on the lookout for contestants. Along with the contestants, the makers are also looking for a new host for the show as it is heard that Nagarjuna will not be seen as the host this time. Nagarjuna hosted the fourth and fifth seasons of Bigg Boss Telugu.

Makers expected that Nagarjuna would host the fifth season, but he will not give Bigg Boss Telugu time due to busy work.

According to Gulte’s latest report, Bigg Boss discusses Telugu makers Rana Daggubati about hosting. Makers want Rana to replace Nagarjuna. Rana Daggubati is also very excited to host the show. Rana has hosted many award functions, due to which he will not face any problem in hosting Bigg Boss.

Rana knows the nuances of hosting, which will come in handy during Bigg Boss. His show No 1 Yaari has also been a huge hit, due to which the makers of Bigg Boss Telugu are trusting him. Bhallaldev’s fans will be in ecstasy if he comes to host Bigg Boss Telugu.

There is no clarification from the TV channel or the actor on whether Rana will host Bigg Boss Telugu or not. Well, according to you, is Rana Daggubati the perfect choice for hosting Bigg Boss or not? Do let us know by commenting.