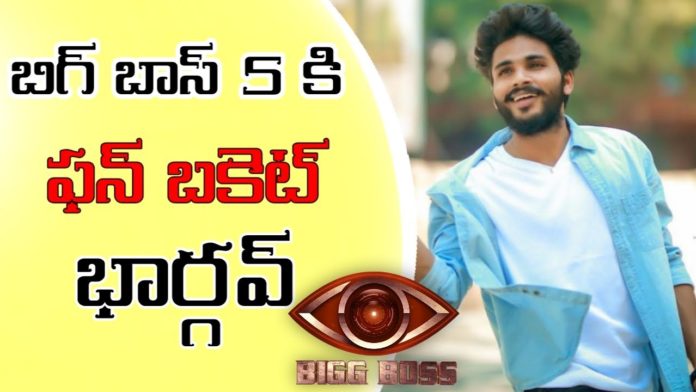 The name “Bhargav,” who has been making videos on Tiktok for some time now, is well known on social media. However, Bhargav has gained a good craze through ‘fun bucket’ videos on YouTube. But he was arrested in a case involving a minor girl. With this, the matter became a sensation in two Telugu states.

But Fun Bucket Bhargav, who was recently released on bail, reacted emotionally by saying that he is innocent and would have to be punished for what he had done. The latest news about Fun Bucket Bhargav’s participation in Bigg Boss season 5 is going viral on social media.

So far, the news is that Fun Bucket Bhargav will be a contestant in the 5th season of the popular reality show Bigg Boss. However, the show organizers have not given any clarity on this matter. Before the arrest, there was a good craze on social media for fun bucket Bhargav. Since then, Fun Bucket Bhargav’s name has been on the list of Bigg Boss contestants. But after his arrest in the child abuse case, there was some doubt whether Bhargav would be a contestant in the upcoming season of Bigg Boss.

However, this year, the contestants for season 5 mostly consist of social media stars and small-screen celebrities. With this, the show organizers are on the hunt for celebrities to make Bigg Boss House more colorful. Telugu character artists Surekha Vani and Mamilla Shailaja Priya are already part of this. The names of anchor Varshini, heroine Isha Chawla, serial artist Aishwarya Reddy and others have been confirmed.