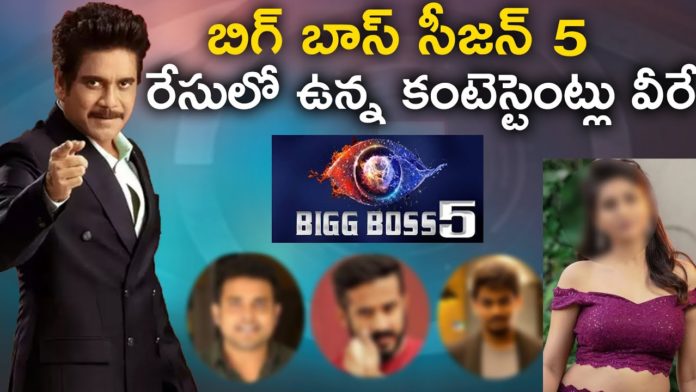 Not to mention the craziness of the Bigg Boss reality show on television. The Big Reality Show has fans in all languages, Hindi, Tamil, and Telugu. In Telugu, however, the Bigg Boss audience is increasing season by season. Breaking records in TRP rating.

With the success of the last four seasons, the producers have focused on the fifth season. The fifth season is about to begin. As part of this, the set is already under construction, and the selection of contestants has reached the final stage.

Meanwhile, some names are circulating on social media saying that the list of contestants is the same this time as every season. The list includes

It seems that Nagarjuna will be the host for this season as well.