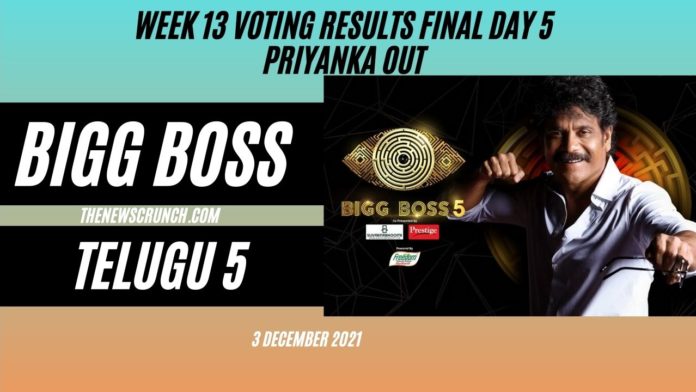 Ten contestants are eliminated from Bigg Boss 5 Telugu so far. Maanas is safe from elimination nominations this week. Anee, Vishwa, Priya, Swetha, Hamida, Natraj, Lahari, Uma, and Sarayu are the other evictions in Bigg Boss 5 Telugu. However, Bigg boss might consider a twist in the eviction plan for the 13th week.

This week’s voting results are also a good indication of the audience support for the Bigg Boss 5 Telugu winner. The top 3 predicted finalists Sunny, Shanmukh, and Sreeram will be among the first finalists in the ticket to finale tasks. Maanas will enter the finals of Bigg Boss Telugu 5 with his ticket to finale win.