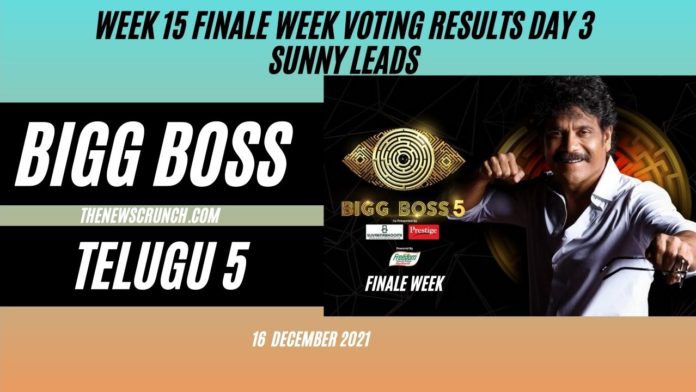 Five finalists entered the competition to become the title winner of Bigg Boss 5 Telugu. However, one of them will be eliminated this weekend before the Grand finale. Maanas and Siri are in danger from elimination nominations this week. Kajal, Anee, Vishwa, Priya, Swetha, Hamida, Natraj, Lahari, Uma, and Sarayu are the other evictions in Bigg Boss 5 Telugu. However, Bigg boss might consider a twist in the eviction plan for 15th week.

This finale week’s voting results is also a good indication of the audience support for the Bigg Boss 5 Telugu winner. The top 3 finalists Sunny, Shanmukh and Sreeram are leading the voting results with a considerable vote share.