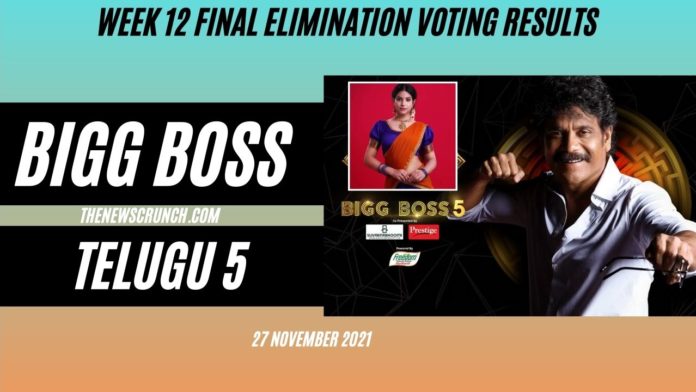 Bigg Boss 5 Telugu vote concludes its twelfth week amidst a week filled with emotions as the family members entered the house. The elimination suspense looms large over the weekend episodes. Among the seven nominations for week 12 elimination, the fight for eviction is between Siri and Priyanka.