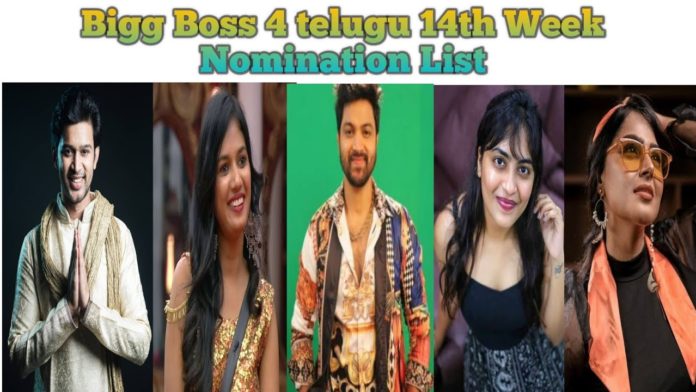 Bigg Boss is the biggest reality show in the history of Telugu television. The show has seemed a bit unfocused in recent episodes, however. However, this season has become even more bitter as it nears its final stage. Everyone seems to be interested in how the final week nomination will be in such circumstances. Following this, the list of contestants nominated for the 14th week was leaked. Let’s see who is actually nominated this week!

These are the five contestants nominated for Bigg Boss 4 Telugu Week 14 Voting:

Interest in the Bigg Boss show continues to grow day by day. Apart from that, as the fourth season draws to a close, the organizers are experimenting with something new. As part of this, the Bigg Boss show timings have been changed from this Monday. The show, which has started at 9.30 pm, has been announced to start at 10 pm from today.

There are only two weeks left until the fourth season of Bigg Boss. Nominations will be in the process this week only. One of the six current contestants will be eliminated in the 14th week. The remaining five members will reach Finale Week. Who will be nominated this week? Who will go to the finale.? That became interesting.

Akhil Sarthak advanced directly to the finals by winning the Race to Finale task last week. Earlier in the day, he was awarded a medal in Saturday’s episode. So, week 14 means he will not be involved in the nominations process on Monday. Only the remaining five members are in the process.

In fact, there has been a lot of talk about Bigg Boss fourth season finalists ever since. Many are skeptical about who will be sent to Final Week in the wake of allegations that popular contestants are being kept in the house by some who are not following.

Not to mention how important the nominations process for the 14th week is. Contestants who are safe this week will step directly into Finale Week. Under such circumstances, it seems that Bigg Boss has come up with a whole new task. The nomination process this week was unexpectedly designed and informed that the contestants were all hugely shocked.

According to reliable sources, five contestants will be nominated in this week’s unexpected nomination task, except for Akhil Sarthak, who reached the finals through the ‘Race to Finals’ medal.