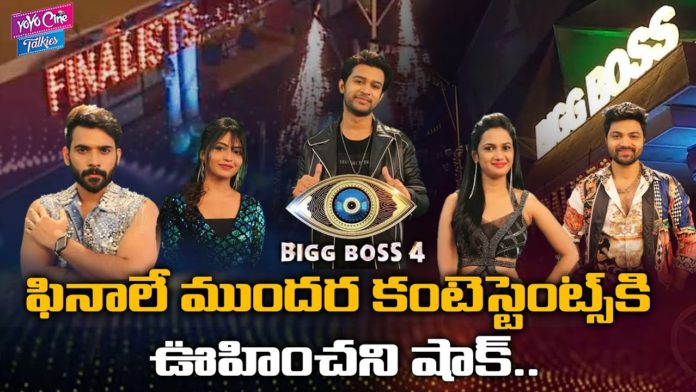 Bigg Boss Telugu season 4 is just two days away from declaring the winner of this season. The Grand finale celebration will start tonight, and the special episode will be aired today and tomorrow on Star Maa. At the end of tomorrow’s episode, the title winner of Bigg Boss Telugu 4 will be announced. Bigg Boss season 4 has kept the audience engrossed throughout this season, and the top 5 contestants have given their best. Superstar Chiranjeevi is expected to grace the finale as a special guest.

Bigg Boss 4 Telugu started in September 2020 during challenging times due to pandemics, but credit should be given to the organizers for running this show smoothly for the past 104 days. Monal Gajjar was the contestant to get eliminated last weekend, and before the grand finale, even two more contestants are to be evicted from the house. 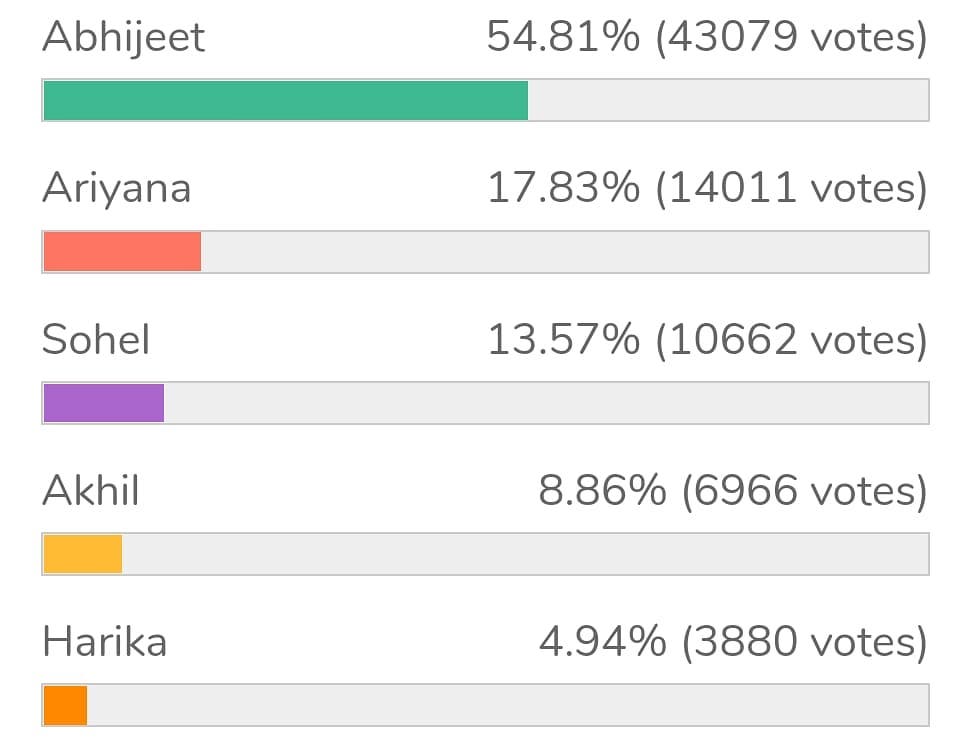 According to various online portals and unofficial polls, Abhijeet is clearly leading the voting poll, followed by Ariyana, Sohel, Akhil, and Harika. Abhijeet is expected to lift the Bigg Boss 4 Telugu title while stiff competition for runner up position.

Two contestants are expected to be eliminated in tonight’s weekend episode, and it would most likely be either Harika or Akhil.