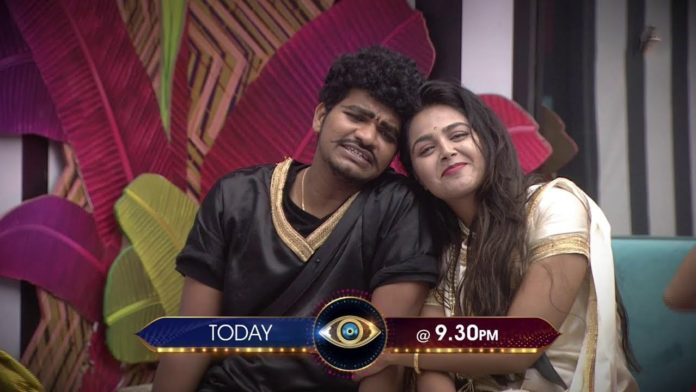 The game turned sour as Bigg Boss Telugu Season 4 reached its final stage. Nineteen contestants competed for the title. By the 13th week, there were only seven members left in the house. Monal, Harika, Ariana, Avinash, Abhijit, Akhil, and Sohel are in the title race. However, with Monal, Harika, Avinash, Abhijit, and Akhil nominated in the 13-week nominations, it remains to be seen which of the five will be eliminated.


As the voting lines close on Friday night, how is the voting pattern for the days this week? Who is the audience leaning towards? Like every week, a poll was conducted in some major portals every week to catch the voter’s nerve over who is going to be eliminated.

Who is expected to be eliminated in the 13th week of Bigg Boss 4? The question received an unexpected response from Bigg Boss voters.

But it looks like Bigg Boss is going to give a twist here. In fact, every time Monal was in the nominations, the result would come in all the polls that she would be eliminated. But Bigg Boss saved her and brought her up to the 13th week. However, this time, many expressed the view that Avinash, rather than Monal, would be eliminated.

But voting counts aside, in the past, a strong contestant has been eliminated every time Monal is saved. Devi, Kumar Sai, Divi, Amma Rajasekhar, Lasya were all vulnerable to Monal blow. Avinash, however, was eliminated by the vote last week and saved by an eviction free pass.

Even this week, Avinash’s performance is not at a low level, so Avinash will certainly be eliminated from both the Monal and Avinash. But it looks like Bigg Boss is going to twist this elimination. There seem to be plenty of opportunities to save Avinash and eliminate Monal.

When it comes to this week, Monal is mostly negative. The mistakes she made during these 13 weeks were exposed. In the ‘Ticket to the Finale’ task, Avinash was repeatedly shown to have kicked her in the leg so that it would go well with the public. Monal is lying. The thing that can not stand on the word to go to the people. She did not kick Avinash at first. He also played videos of Avinash holding his legs, admitting that he kicked. Not only that, Monal apologizing to Avinash and highlighting videos like kissing Avinash, hugging. Sympathy for Avinash has grown with this issue. On top of that, Avinash was prevented from playing as a group in the ‘Ticket to Finale’ task. Avinash’s sympathy increased as all the members of the house became one.

As for Abhijit, he finally released the love track at Monal House in Thursday’s episode. Abhi Harika went on to say that Monal had proposed to her and that Monal had told her that the letter A in her mind was you. Based on this, did Monal, who is deep with Akhil, propose to Abhijit? The strongest reason is that the audience hated her and played this video to make her character bad. Overall, a large percentage of the footage aired this week showed the monolith as negative.

Nominations then Monal shouting over Avinash too much, getting fired for not speaking Telugu. Monal became isolated by nominating Akhil and Abhijit.

Akhil or Abhijit fans cast their votes every time there was a monal nomination. But Monal was left alone as they were both in the nominations this 13th week. Unless anyone is volunteering to come up with a pretty template? Well, at least I didn’t go down without explaining myself first. On top of that, Avinash is likely to get Ariana fans voting instead of his own.

In fact, since the beginning of the ‘Ticket to the Finale’ task, Avinash has been very overconfident about the eviction free pass. With this, many viewers felt that it would be better to send Avinash out of Bigg Boss.

But in the footage of the days this week, Monal was mostly negative. Bigg Boss decides to send someone out, but Bigg Boss brings this formula to the screen. In the case of Monal, it seems to have worked out a similar formula. So this week is going to be the Monal Elimination.

It looks the same. If the same happens, Avinash will get a bumper offer. Avinash will extend his journey for another week at Bigg Boss House. However, there is no double elimination so far this season, so it should come as no surprise that Monal and Avinash were eliminated in the crucial week.

However, even if Monal is eliminated and Avinash is saved this week, there will be no escape conditions next week. Avinash finds it difficult to stand in front of Akhil, Abhijit, Ariana, Harika, and Sohail. So even if Elimination wins over Monal, it is doubtful that Avinash will be in the top 5.

Note: This is just an estimate of Bigg Boss Eliminations. The result could be anything.