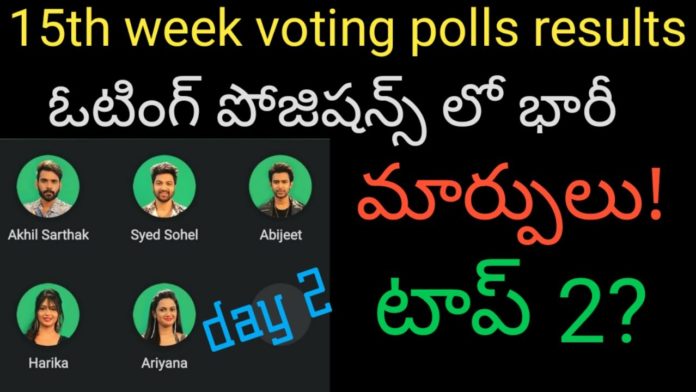 The much-awaited finale weeks of Bigg Boss Telugu 4 is halfway through. Harika faces immense danger of eviction in the first finale week. Bigg Boss Telugu Season 4 enters its fifteenth week and Ariyana makes slender gains but the battle for the top 3 is still hot.

Four special guests will grace this season of Bigg Boss 4 Telugu. The four guests include Geetha, Hari Teja, Sreemukhi, and Ali Reza who were strong contenders of the show from previous seasons.

Abhijeet Leads By a Mile, Harika in the Bottom of Voting Results

Ariyana gets a much-needed boost from the special guests as her morale was on the decline. Harika entered the finals of Bigg Boss Telugu with much vigor but the voting results and audience response receives a lukewarm response.

With less than two more weeks left in the show, there are high chances of surprises in terms of the finale voting standings. It would be interesting who tops the voting results along with Abhijeet.