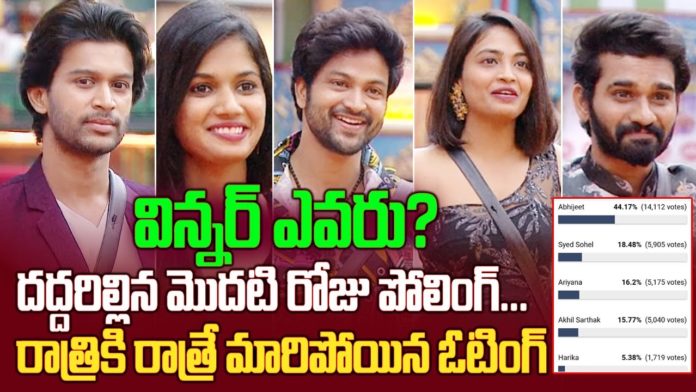 Four special guests will grace this season of Bigg Boss 4 Telugu. The four guests includes Geetha, Hari Teja, Sreemukhi, and Ali Reza who were strong contenders of the show from previous seasons.

Abhijeet is a Potential Winner, Ariyana or Sohel in Runner Up Position?

Sohel’s fans are active on social media and the ‘Tom and Jerry’ fight has propogated to a social media battle between Ariyana and Sohel’s fans. There is a marginal difference in vote share for the two contestants who will be prospective runner up for Bigg Boss 4 Telugu.

With less than two more weeks left in the show, there are high chances of surprises in terms of the finale voting standings. It would be interesting who tops the voting results along with Abhijeet.