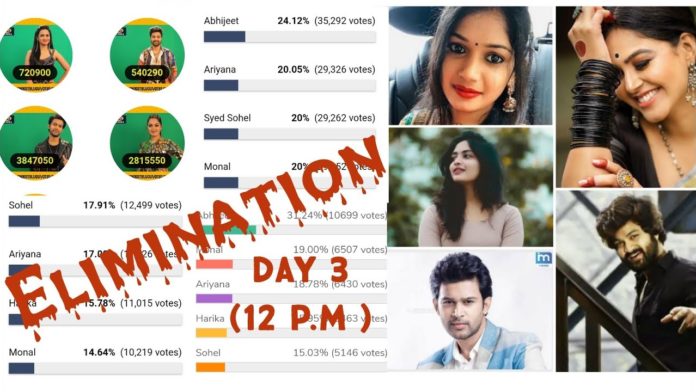 This week’s elimination voting results will be a crucial one for Sohel and his fans. After a long time, Sohel was featured in the promo of 8th December’s episode. However, Sohel’s bullying is taking the limelight after his weeks of hard work are forgotten. Neutral audience and Ariyana’s fans are demanding a red card for Sohel’s behavior during his fight against Ariyana.

As a result of this fight, the real fight for elimination this week will be between Harika and Sohel. Ariyana is also in danger but compared to Harika, she gained some vote share on account of sympathy after the current fight. Monal’s support was shrinking over the last couple of weeks and it is quite evident from the first two days of voting results this week.

According to reports, there could be a very close competition between Monal, Sohel and Harika this week which will decide the top five contestants of the house.