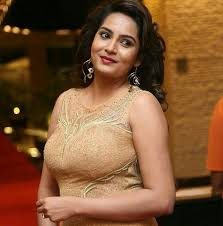 Bigg Boss Telugu 3 is all set for an eventful week ahead. The last week saw an array of controversies, shocks and tears. The game gets tougher and fierce as the road to finals becomes evident. Family drama is set to engulf Bigg Boss Telugu this week. Shilpa was the weakest link last week which made eliminations easier. However, this week the competition will be intense as all the contestants are playing hard to save their spots.


Hema, Jaffar, Tamannah, Rohini, AshuAli Reza and Shilpa are eliminated from the show as of now. Shilpa was eliminated last week after her short stint as a wildcard entry.

Himaja, Mahesh and Rahul Sipligunj are nominated for eliminations this week.

Rahul Sipligunj is back in the eliminations nexus after a long break. Rahul was nominated consecutively for the first six weeks and he survived the pressure successfully. However, this week the competition is tougher as there are just three contestants battling it out. Himaja and Mahesh are trailing considerably when compared to Rahul and it would be interesting to see how the subsequent days of voting turnout to be. Himaja was battling it out with Mahesh over the course of the week has slipped to the last position.

Who will be saved from Bigg Boss Telugu 3 Eviction?
Create free online surveys