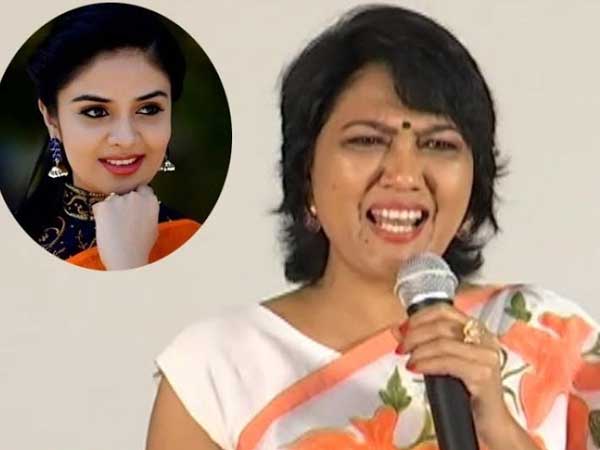 Bigg Boss Telugu 3 nears its grand finale this weekend. With Siva Jyothi evicted last weekend, Sreemukhi is the only female contestant left in the house. A lot of voices were raised during the course of the season about the biased treatment received by Sreemukhi from the host Nagarjuna as well as from the makers of the show.

Bigg Boss Telugu 3’s finalists include just one female contestant, Sreemukhi. Sreemukhi is touted to be a strong probable contestant to win the title and her fan base is credible. However, the fans of Rahul do not seem to be giving up too easily.

Sreemukhi is in the news for the wrong reasons. It is a critical phase in the competition where contestants cannot afford to have negative propaganda against their image in the house.

Hema, who was the first contestant to be evicted from Bigg Boss Telugu 3 has spoken against Sreemukhi and her strategy.

Hema said, “Everyone cooked up a strategy and wantedly sent me away from the house during the first week. Even before the show has begun, during the birthday celebrations of Sreemukhi, this plan was proposed. My entry was planned in an unimpressive manner. Sreemukhi is playing dual standards in the show. After Himaja came out of the show, I stopped watching the show. Sreemukhi is playing a wrong game.”

Twitter is boiling with fights and tussles between Rahul and Sreemukhi’s fans and it would be interesting to see if either of the two win the Bigg Boss Telugu 3.