Weekend episodes with BB Telugu 3 host, ‘King’ Nagarjuna are always entertaining. The highlights of Saturday’s episode included the announcement of safe contestants from eviction this week. Rahul Sipligunj, Sreemukhi and Baba Bhaskar were saved from eliminations this week.

However, Nagarjuna brought up the much awaited discussion about the positions task in the house. The task involved Sreemukhi and Rahul Sipligunj getting into a fierce war of words between the two most popular contestants of Bigg Boss Telugu 3.

Does Sreemukhi Deserve the Number 1 Position?

Sreemukhi was questioned about her desire to be number 1. For this question, Sreemukhi responded saying, “”Besides giving my best for the tasks, I always made sure that I behave well with others. After coming to Bigg Boss show, my anger levels have gone down and I imbibed a lot of patience”.

Nagarjuna was quick to question her justification of improved anger management. Sreemukhi was furious while arguing with Rahul Sipligunj. Also, she has been locking horns with him time and again.

When Rahul was given a chance to explain his perspective of the incident, he said that Sreemukhi never treated him well and spoke in a very hateful manner. She is also trying to dominate the proceedings in the house.

Are Rahul’s Allegations Over Sreemukhi True? 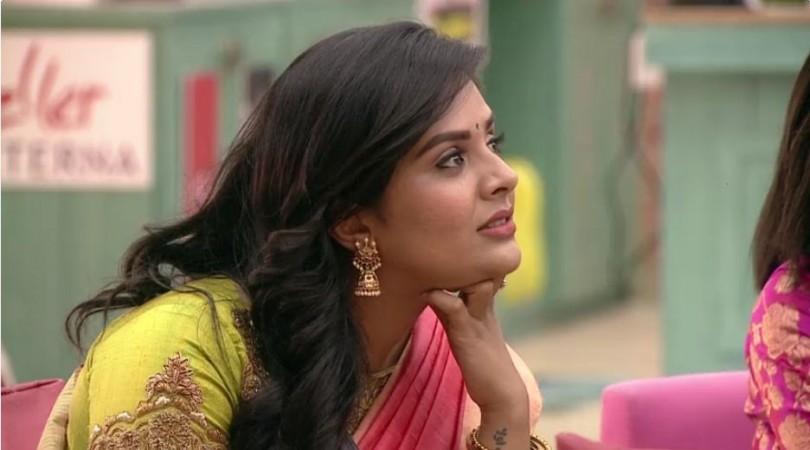 “Nagarjuna Sir, I have been wanting to say this since a long time. I have come to know that Sreemukhi told housemates that she recommended me for the show. It is Vithika who told me this. I very well remember the situation when Vithika said that,” said Rahul to host Nagarjuna.

However, Vithika denied telling the same or having any sort of discussion with Rahul. Rahul reiterated that it was either Varun or Vithika who told him the same.

The common perspective of Rahul’s fans is that he is being targeted in the house. More often than not, Sreemukhi has received more support from the host Nagarjuna as well the contestants when compared to Rahul Sipligunj.

Do you think Rahul is telling the truth? Let us know in the comments below.