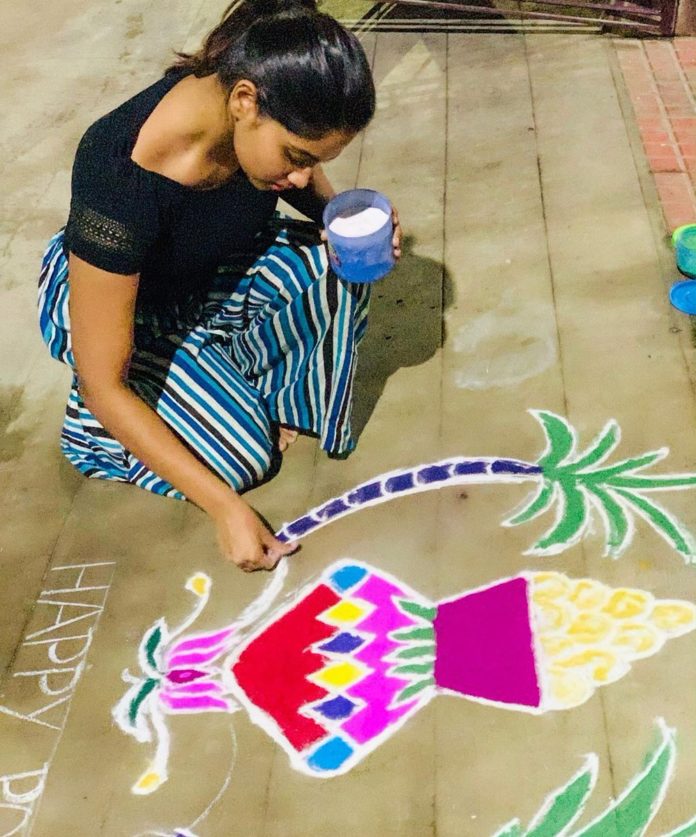 Bigg Boss Tamil Season 4 contestant Shivani Narayanan was a noted contestant during her tenure in the BB house. After being known for the right and wrong reasons during her Bigg Boss journey, Shivani left the house with her head high and awaited a bright and prosperous future ahead of her.

Shivani has a lot of fans and she was often compared to Losliya from the previous season of Bigg Boss Tamil. However, Shivani failed to make an impact during her initial tenure. Also, her pictures on Instagram drew flak for being sassy and high on skin exposure. The social media presence for Shivani is indomitable irrespective of her hater’s comments.

Shivani posted a picture recently of her attempt at an amazing Rangoli for Pongal. Shivani’s attempt at ‘kolam’ is seen as a measure to turn into a homely and conservative person as per speculations. However, her fans on Instagram were excited to see new posts and appreciated the Rangoli attempt of their favorite star.