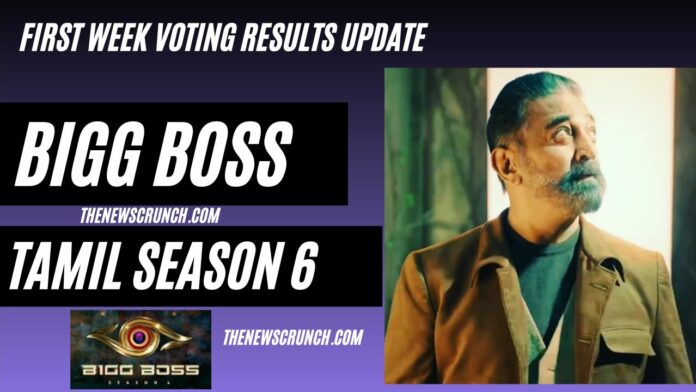 Bigg Boss 6 Tamil vote kickstarts its week with an upbeat dance marathon and story task. The second week of Bigg Boss Tamil Season 6 started off with a huge list of eviction nominations. Twelve contestants are nominated by the 21 housemates who will feature in the nominations list for the first elimination of Bigg Boss 6 Tamil.

Bigg Boss 6 Tamil voting results window will open once the nominations task is concluded next week. GP Muthu became the first captain of the Bigg Boss Tamil Season 6 house. However, the fight for safety from the first elimination puts Shanti, Maheshwari and Dhanalakshmi in danger.

Open the Hotstar app and login to your account.
search for Bigg Boss 6 Tamil vote
Click on vote for your favorite contestant.
There is a maximum limit of ten votes per day.