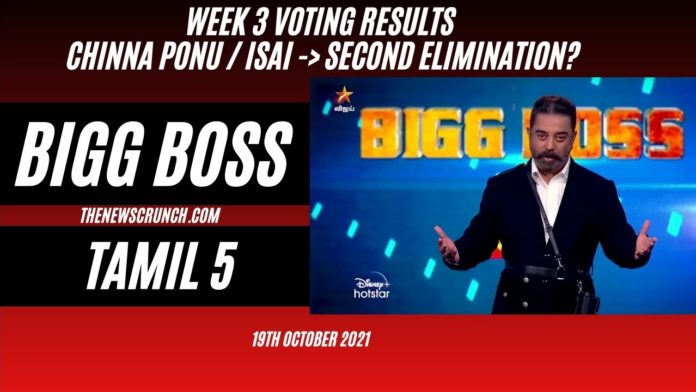 The voting results for the week 3 elimination look promising as a mixture of strong and weak contestants are nominated. Captain from last week, Thamarai and Pavni entered the Bigg Boss 5 Tamil eviction nominations list for the first time. However, it will be interesting who will be eliminated at the end of this week. The unofficial voting results signal danger for Chinna Ponnu, Isai Vani and Abishek.