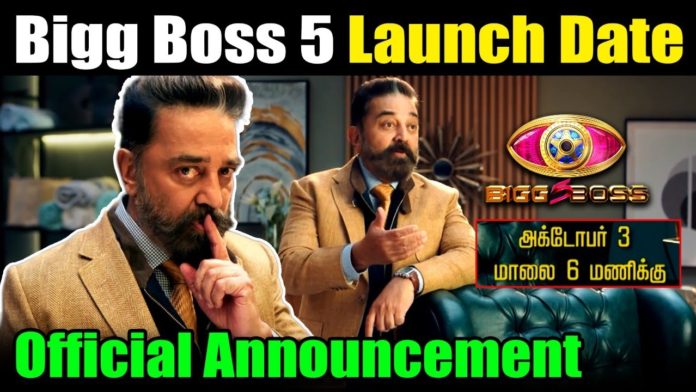 It is to be noted that the fifth season of the Bigg Boss show airing on Vijay TV has been announced to start soon with the end of 4 seasons. It has also been reported that the contestants for this season have been selected, and they are being isolated at the Star Hotel in Chennai.

So far, it has been rumored that some people, including Shakeela’s daughter Mila, Priyanka, GP Muthu, Kani, are all set to attend the Bigg Boss Season 5 show. In this case, the start date of the Big Boss show has been officially announced.

The recently released Bigg Boss promo video shows Kamal Haasan speaking and announcing that the Bigg Boss show will start on October 3rd at 6 pm. Following this, Bigg Boss fans are overjoyed. It is already known that Survivor Tamil is going one side, and IPL matches are going the other side. The Bigg Boss show is expected to win after overcoming these two competitions, and fans expect stronger contestants to win over these two shows.