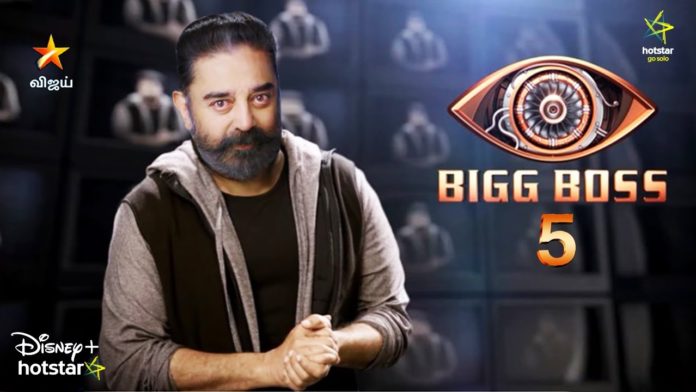 Bigg Boss Tamil Season 5 is all set to take the audience by storm. The controversial reality show franchise hosted by Kamal Hassan returns for yet another riveting season filled with drama, fights, and emotions. Bigg Boss 4 Tamil featured a diverse bunch of contestants and Aari Arjuna was the title winner.

Though Bigg Boss Tamil 4 was postponed, it completed its tenure of 106 days amid Covid-19 restrictions. However, the makers of the show are pushing hard to ensure Bigg Boss Tamil 5 launches in September 2021. The hunt for the best bunch of contestants for the show is in the discussion. However, most of the contestants will be from the Star Vijay family.

Shivangi, Sunitha and Darsha are also in talks for being a part of the reality show.

Bigg Boss Tamil Season 5 will start in September’s first week. The show will be hosted by Kamal Hassan. Also, the show will continue for a duration of 106 days provided the Covid-19 third wave doesn’t play havoc.