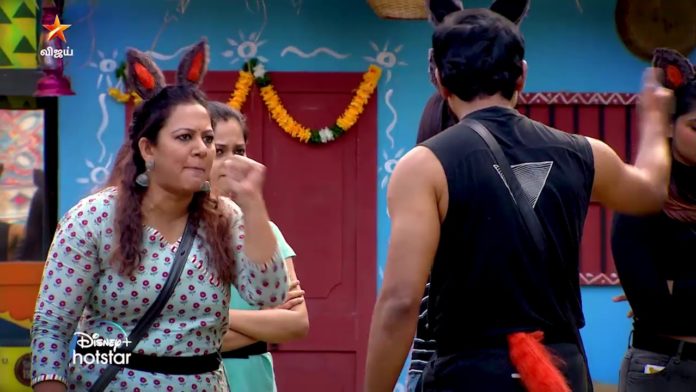 No matter what task the Bigg Boss gives you at home, the contestants intend to make it a problem and not play it competitively.

It has been the audience’s accusation that not even a single task seems to have played smoothly in this fourth season. In that sense, the chicken team and the fox team’s issue has come up in the ‘chicken farm task’ given by Bigg Boss to contestants today.

It is noteworthy that only Ramya is speaking in favor of Archana during this argument, and the other contestants are standing quietly as usual and having fun. The winner of this task has a special power, so Archana’s attempts to get that special power and Aari’s attempts to overcome it seem to shed light on the task.