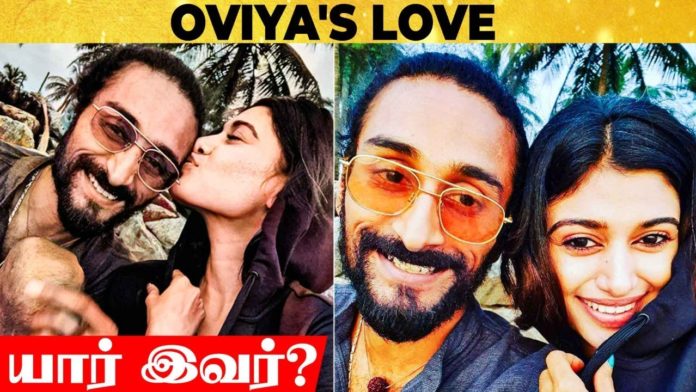 Oviya was so ingrained in the people’s minds that she played her game with utmost honesty and gained people’s love and support whenever everyone talks about Bigg Boss. It is said that many contestants are copying Oviya from the first season to the proceeding seasons.

In this context, it is said that Oviya fell in love with Arav, the winner of the title of the first season of Bigg Boss, and then broke up, and Arav recently got married to Raahei.

It is noteworthy that after coming out of the Bigg Boss show, millions of likes were accumulated for a tweet posted by Oviya that she was not in love with anyone and that she was single.

Earlier in the day, Oviya posted a photo of herself kissing someone on her Twitter page and captioned it as ‘Love.’ Following this, she is Oviya’s lover. Netizens, however, have been questioning who he is on social media. If you know who Oviya’s alleged lover is, please let us know in the comment section.