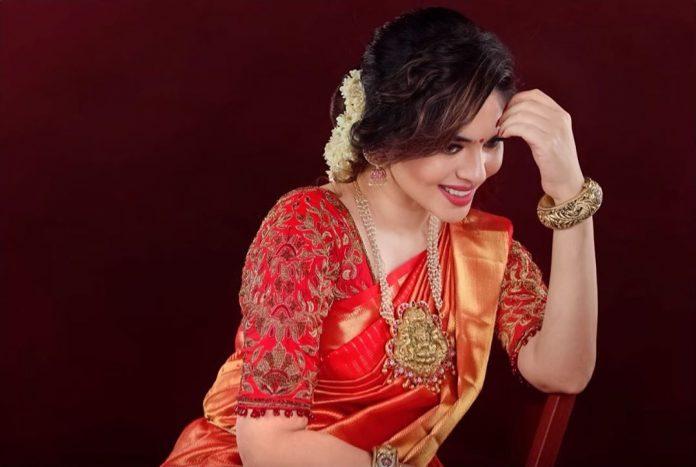 Sherin Shringar was one of the finalists for Bigg Boss Tamil 3. Sherin was a celebrated contestant for a reason. She won the Best Buddy award for her excellent rapport with almost all the housemates. Sherin had her highs and lows in the house. However, she gained a lot of fans during the process.


Sherin was linked with Tharshan for their stunning chemistry in the Bigg Boss Tamil 3 house. Sherin was a loved face and had a niche audience fan base for herself. Tharshan’s fans also supported Sherin whenever she was in trouble with eviction nominations.

While speculations are viral about Tharshan’s breakup with Sanam Shetty and Sherin’s involvement in the same are active, Sherin seems to be unfazed by the rumors.

In her latest photoshoot, Sherin Shringar flaunted her amazing smile as always. Sherin is a very popular face on social media post her stint in Bigg Boss Tamil 3. Her fans are more than happy to see her stunning pictures. Sherin wore a glittery orange Kanchipuram silk saree, with ethnic jewelry and ‘mallipoo’. She coupled the look with a touch of her personal flavor. She was very expressive during the photoshoot. She kept some ‘mallipoo’ (jasmine) flowers on her head which is a South Indian tradition. Sherin combined modernity with tradition which made her fans love her picture even more.

Sherin’s current photoshoot is a viral sensation on social media. Though Sherin does not hail from Tamilnadu nor speaks Tamil well, her fans in Bigg Boss Tamil 3 considered her as one of their own. Sherin’s latest traditional look clicked and her gorgeous yet expressive face added to the beauty. In fact, the bloopers of the photoshoot and trending more than the actual pictures of the photoshoot. 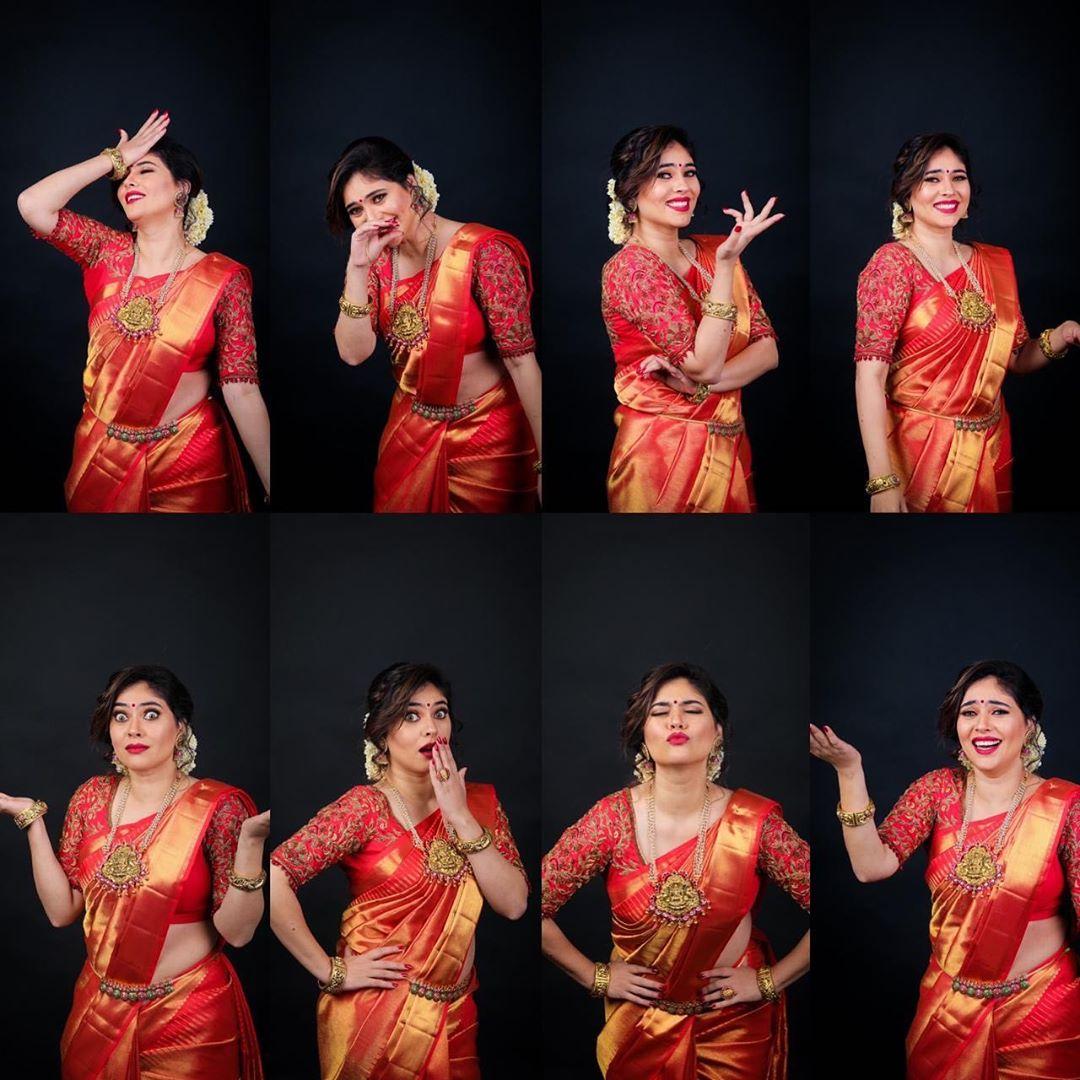 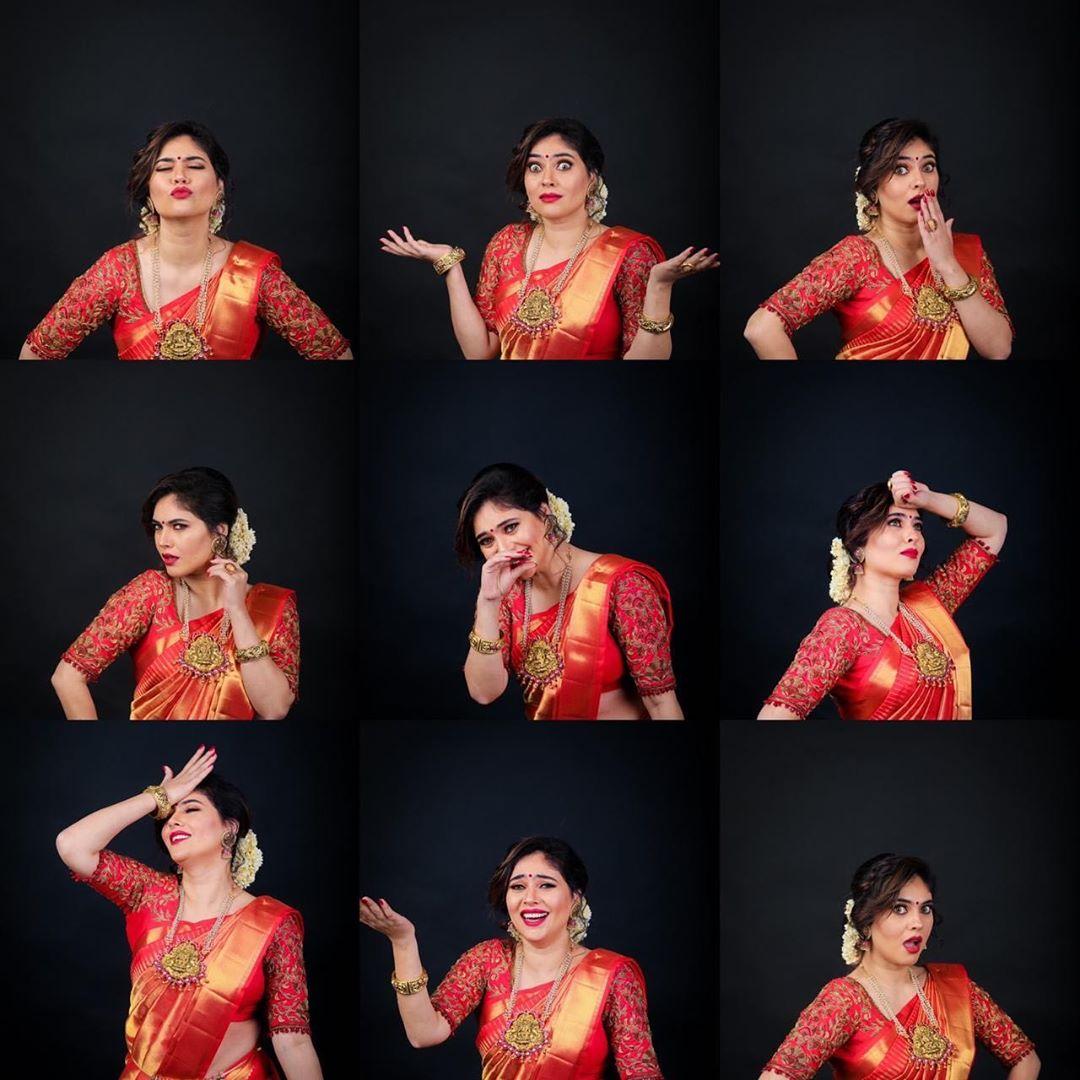 Sherin Shringar is pretty active on social media after Bigg Boss Kondattam. Sherin posted a picture of her family which is trending across social media platforms. The picture included Sherin’s mother and her step father. Sherin captioned the picture as, “Love you guys to the moon and back. ❤️❤️”. Sherin’s fans were more than happy to see her spend some quality time with her family. The post garnered more than 16K+ likes within minutes of publishing.