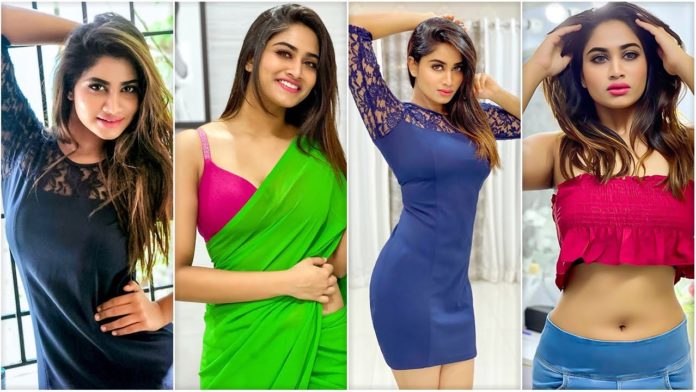 Bigg Boss Tamil 4 contestant and finalist, Shivani Narayanan is trending on social media. The bubby 20 year old star shot to fame with her viral posts and dance videos on Instagram even before her stint in Bigg Boss Tamil. However, Bigg Boss Tamil spiked her fame and popularity in the entertainment industry.

Shivani Narayanan’s Instagram account was a bone of contention for trollers and haters before her entry into Bigg Boss house. However, the sizzling celebrity ensured her account was cleaned ahead of her image makeover. Neverthless, Shivani’s genuine fans stuck by her side and watched her grow.

Shivani- 3 letters in Tamil,Hindi,Telugu and Malayalam, Singed 3 movies, 3M followers, 333+ Posts, 30 following yet if u guys find something related to 3 and Shiv do quote tweet.. And finally now 3rd tym trending after her twitter arrival#ShivaniNarayanan #VetriMagalHits3M

Shivani Narayanan recently created an official account on Twitter which is also buzzing with popularity. Shivani’s tenure in Bigg Boss was filled with controversies. The teen star was accused of being Balaji’s shadow while her mother’s entry spiced up her tenure in Bigg Boss house. Shivani distanced herself from further controversies and her posts mostly revolve around her dance moves, sizzling fashion sense and pics with mom.